This year, two senior faculty retired from the Department of Industrial & Systems Engineering (ISE) at the University of Florida, including Panos Pardalos, Ph.D., and Suleyman Tufekci, Ph.D. In October 2021, the ISE Department celebrated the two faculty members to commemorate their many years of success. 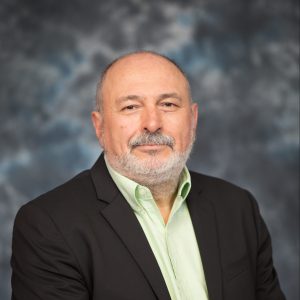 Dr. Pardalos joined the ISE department as an associate professor in 1991, and over the course of the last 30 years, he has served as Professor and Distinguished Professor of Industrial & Systems Engineering. He has received multiple UF Term Professorships, a UF Research Foundation Professorship, and was also the inaugural recipient of the Paul and Heidi Brown Endowed Professorship.

Throughout his career, Dr. Pardalos authored, co-authored, or edited 26 books in optimization and data science. He has also received numerous external grants from Federal agencies, foundations and industry including the National Science Foundation, the North Atlantic Treaty Organization, the National Institute of Health, and many more. He has also developed many research collaborations at UF and internationally. He was the director of the Center for Applied Optimization (CAO) for over 20 years, has hosted countless international scholars, and has organized and chaired several workshops through CAO with a focus on global optimization and data mining.

Dr. Pardalos also received many professional recognitions and accolades for his contributions to the ISE community, including the Senior Fullbright Specialist Award, the UF International Educator Award, and most recently, the Humboldt Research Award. He was also made fellow of the American Association for the Advancement of Science and the Institute for Operations Research and the Management Sciences.

“From these accomplishments and awards, Dr. Pardalos has clearly had a distinguished career of service to his students and research contributions to the ISE discipline and beyond,” said David Kaber, Ph.D., ISE Department Chair.

In August of 2021, Dr. Pardalos received the meritorious title of Professor Emeritus. 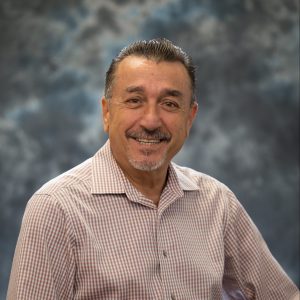 Dr. Tufekci joined the ISE department as an assistant professor in 1981, and subsequently served as an associate professor of Industrial & Systems Engineering. During his time at UF, he has held several visiting professorships in Turkey, and he has served as the director of the Center for Optimization and Combinatorics and the Emulated Flexible Manufacturing Laboratory.

Over the course of his career, Dr. Tufekci has received many grants from federal agencies and industry, including agencies like the North Atlantic Treaty Organization, the National Science Foundation, and McDonnell Douglas. Much of this funding was in support of Dr. Tufekci’s work through his manufacturing lab and UF’s Integrated Product and Process Design program, of which he supervised teams for almost 25 years.

Dr. Tufkeci has edited five books and published several book chapters, and numerous refereed academic journals. He also served as an editorial board member or co-editor for more than 10 conferences and edited volume series. He was also a reviewer for over 15 journals in operations research, industrial engineering, management science and engineering economy.

“The department congratulates Dr. Tufeki on his outstanding academic career, and we are excited to have him continue to teach graduate manufacturing courses for the department,” said Dr. Kaber.

Dr. Tufekci will retire at the close of the current academic year.