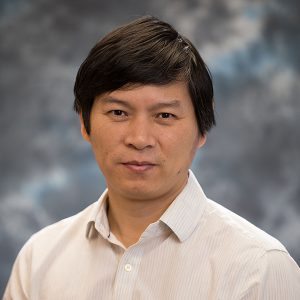 Yongpei Guan, Ph.D., a professor in the Department of Industrial & Systems Engineering (ISE) at the University of Florida, has been elevated to Fellow status in The Institute of Electrical and Electronics Engineers (IEEE). Dr. Guan is being recognized for his “contributions to robust and stochastic optimization for power system operations.”

IEEE Fellow is the highest grade of IEEE membership with only one-tenth of one percent of the total voting membership being eligible in each year. This award is recognized by the technical community as a prestigious honor and an important career achievement.

Dr. Guan has made significant contributions to advance the frontier of robust, stochastic, and distributionally robust optimization models and algorithms for power system operations. He has published several seminal studies in the power systems operations domain and some of his research outcomes have been implemented in industry. This work has helped to take the area of power systems to a new level to accommodate generation and load side uncertainties, including increasing penetration of renewable generation.

Dr. Guan is currently the George and Rolande Willis Endorsed Professor in the UF ISE Department. He has received many awards, including a NSF Career Award in 2008, an Office of Naval Research Young Investigator Program Award in 2010, and he was named IISE Fellow in 2019. He has served as guest Editor-in-Chief for IEEE Transactions on Smart Grid, and as chairs and panelists for IEEE Power & Energy Society General Meeting panel and paper sessions.

“It is my true honor that our works are recognized by peers, and I would like to express special thanks to my collaborators and Ph.D. students. Without their sincere support and contributions, this could not happen,” said Dr. Guan.