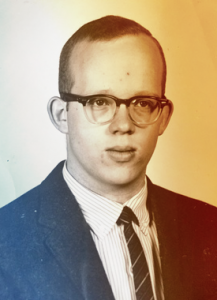 Richard Lane Francis, Ph.D., Professor Emeritus of the Department of Industrial & Systems Engineering (ISE) at the University of Florida (UF), passed away on October 4, 2020.

During his time at UF, Dr. Francis pursued research interests in location theory and facility layout. He was extremely active in many professional organizations including the American Institute of Industrial Engineers (AIIE) and the Institute for Operations Research and Management Science (INFORMS). He authored or co-authored over 90 refereed publications, as well as co-authored a textbook that went on to receive the AIIE Book of the Year Award in 1975.

Dr. Francis received the AIIE David F. Baker Distinguished Research Award in 1977, the IISE Annual Operations Research Division Award in 1982, was the co-recipient of the Lifetime Achievement Award in Location Analysis given by INFORMS in 1996. He was named to the Academy of Distinguished Alumni at the Georgia Institute of Technology in 1997 and at Virginia Polytechnic Institute in 1999.

Dr. Francis is survived by his brother, David Spencer and wife, Jane, and two nephews.