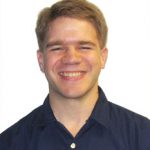 GAINESVILLE, FL:  One result of the College of Engineering’s strategic planning process from 2010 was the identification of “national security” as an area of interest and strength at the University.  To capitalize, the College has formed FINS, the Florida Institute for National Security.  The Institute will foster interdisciplinary research and education in the area broadly defined as security, including infrastructure and computer network security.
Dr. J. Cole Smith has been named the inaugural Director of FINS.  This was announced during the “State of the College” address by Dean Cammy Abernathy on Tuesday, October 9.  The Professor of Industrial and Systems Engineering has strong interests in problems of national security, mostly centered on solving network interdiction problems.  “Network interdiction models and algorithms can help identify vulnerabilities in a complex network,” said Smith.  This process can then be used to design more resilient networks that are prone to attack.