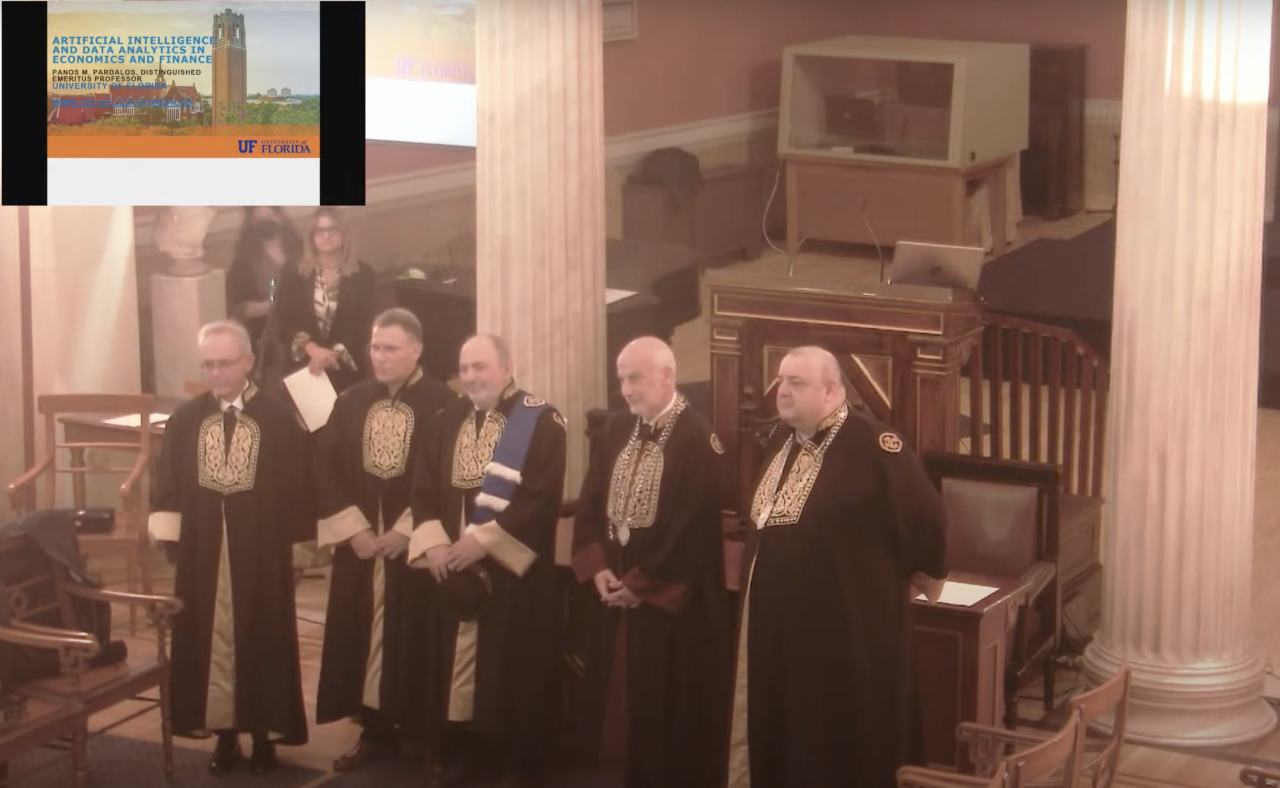 In a traditional ceremony(View Ceremony), Pardalos was awarded the degree and gave a thesis talk on “Artificial Intelligence and Data Analytics in Economics and Finance”. Among other key-points, Pardalos observed that humans use artificial intelligence (AI) in all types of applications to extend our cognitive capabilities, similar to how we use other simpler technologies (e.g., telescopes, microscopes) to extend human perceptual capabilities.

Despite humans envisioning a future in which machines may operate with human-like cognitive capabilities, Pardalos argued that, at this time, the terminology “augmented intelligence” may be more appropriate and understandable in characterising applications in which humans and machines work in concert to co-construct intelligence for complex decision making.

Dr. Pardalos joined the University of Florida in 1991 and retired as a Distinguished Professor in Fall of 2021. Dr. Pardalos continues to represent UF and the Department of Industrial & Systems Engineering in his continuing research and the advancement of data science, engineering and systems optimisation.