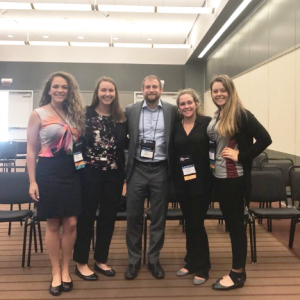 Each year, the Institute of Industrial and Systems Engineers (IISE) holds the National IISE Innovative Design Competition. The competition aims to showcase the creativity of ISE design by having students work in multi-university teams to develop a conceptual design for a new product in order to satisfy a need in the global marketplace.

The teams created a five-minute concept pitch to be presented in front of a panel of judges and a live audience.  The pitches displayed the concept design, target market, and a demonstration of how the innovation is profitable and improves existing designs.  Each team was judged on five criteria; innovation, market, competitive advantage, presentation quality, and response to questions. The first-place award was $1,500, second was $750, and third was $500.

Join UF ISE in congratulating both Summer Provance and Taner Telci in their success at the competition.