May 19, 2017 in Department News, Featured, Uncategorized 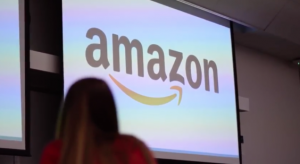 Since 2011, the Institute of Industrial & Systems Engineers (IISE) has been conducting a YouTube video contest that is sponsored by the IISE Industry Advisory Board (IAB). The submitted videos are to be between three and 10 minutes, and introduce the ISE profession to high school students, teachers, and counselors.

This year, UF ISE’s very own Pablo Casilimas, Summer Provance, Jeff Streitmatter, and Sara Wortman won third place in the contest. The group’s original video competed against several other university IISE chapters’ from across the nation.

The video features a young woman, by the name of Summer, who is an entering freshman in college. She is distraught about her college major, as well as the failing health of her grandfather, who is in the hospital and not receiving the care and attention he needs.  Summer attends an info session about ISE, where she speaks to one of the presenters, who works in a hospital. She, ultimately, changes her major to ISE in order to dedicate her life to improving health care services.

The group’s heartfelt video placed them in third with a grant for $300. They plan to attend the IISE’s Annual Conference, this month, in Pittsburgh, PA, so that they can officially be honored and recognized for their accomplishment and be presented their award grant.